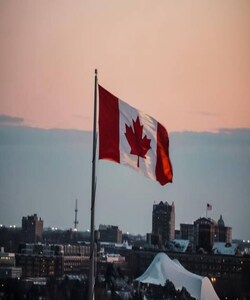 The Canadian government in its updated travel advisory to India advised Canadians to avoid all forms of travel to Gujarat, Punjab and Rajasthan. It also asks Canadians to avoid traveling to the Union Territories of Jammu and Kashmir and Ladakh and also Assam and Manipur citing insurgency and terrorism.

However, it is noteworthy that the advisory webpage was updated shortly after the Indian government pulled up the Canadian government for being unable to clamp down on anti-India elements operating from Canada.

“Avoid all travel to areas within 10 km of the border with Pakistan in the following states due to the unpredictable security situation and presence of landmines and unexploded ordnance: Gujarat, Punjab Rajasthan,” the advisory says.

The advisory says there are threats of terrorist attacks across the country while urging Canadians to exercise high degree of caution.

The ministry of external affairs earlier on September 23 issued for Indian nationals and students in Canada to remain vigilant citing incidents of hate crimes and anti-India activities in the country. The advisory came after Khalistani movement supporters and separatists vandalized the BAPS Swaminarayan Temple earlier this month.

India said that these cases were highlighted to the Canadian government by their Indian counterparts and have asked them to probe the crimes. In the advisory, the external affairs ministry said: “The perpetrators of these crimes have not been brought to justice so far in Canada.”

The same issue was also highlighted by Canadian MP Chandra Arya who represents the Nepean constituency in the Canadian parliament. He also said that Hindu-Canadians and some members of the Indian community were living in fear due to rising cases of attacks as well as vandalism.

The MEA in its advisory also asked Indian students and citizens to register with the High Commission of India in Ottawa or the Consulates General of India in Toronto and Vancouver through their respective websites, or the MADAD portal madad.gov.in.

Not only the attacks on the Swaminarayan Temple but Khalistan referendum in Brampton has also upset India who called the referendum a sham.