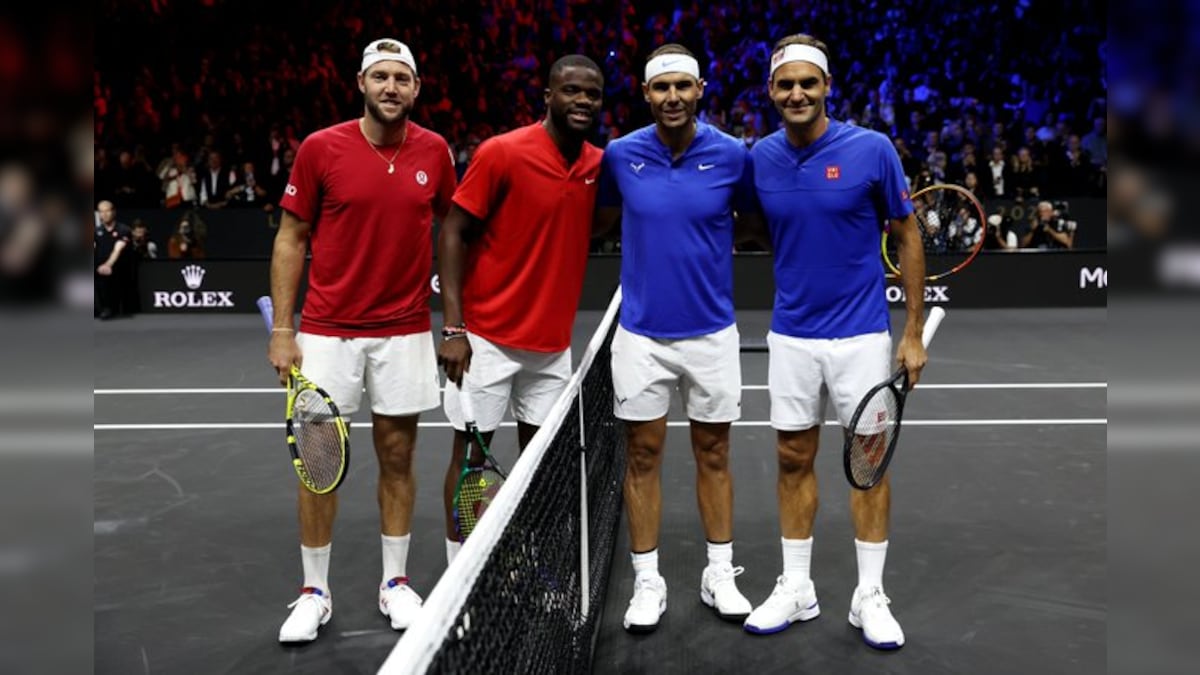 Laver Cup 2022 Live Updates: Tennis legend Roger Federer final professional match got underway as he teamed up with Rafael Nadal for Team Europe to take on Team World’s Jack Sock and Frances Tiafoe in a doubles match in the Laver Cup. Nadal and Federer took the first set 6-4 after breaking Tiafoe’s serve in the 10th game. Federer had last week announced the Laver Cup would be his final professional tournament. The 20-time Grand Slam champion, dogged by a knee injury, has not played since the 2021 Wimbledon quarter-finals and last week announced his retirement at the age of 41. The Swiss great has enjoyed a storied rivalry with the Spaniard over nearly two decades and together they have won 42 Grand Slam singles titles in a golden era for the men’s game. The pair played 40 times, including in nine Grand Slam finals, with Nadal holding a 24-16 winning record, but this time they will be on the same side of the net in the Ryder Cup-style event. The six-strong Team Europe also includes Novak Djokovic and Andy Murray — the other two members of the so-called “Big Four” — in a fitting climax to Federer’s career.