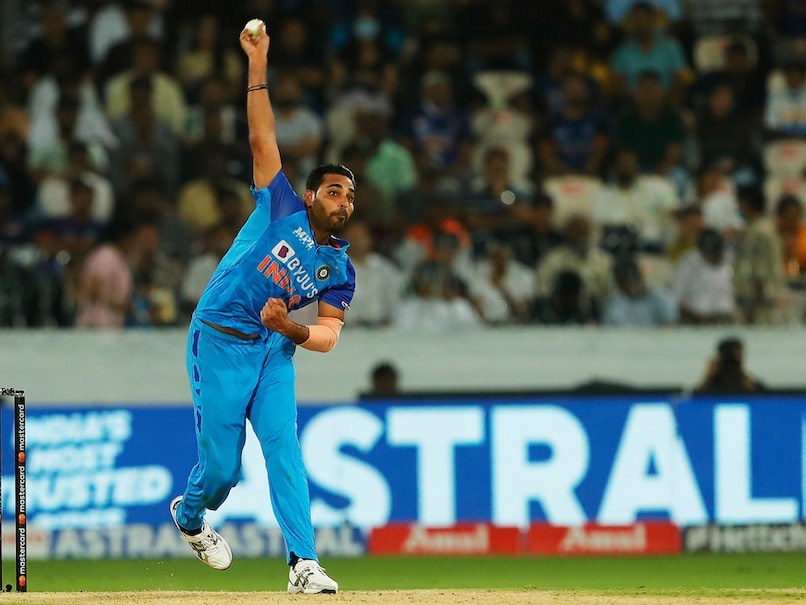 Starting from the Asia Cup, Bhuvneshwar Kumar has come under much pressure. Though he took a five-wicket haul in the continental event in a match against Afghanistan, the veteran pacer was costly in the death overs. His poor bowling ended up being one of the reasons behind India not qualifying for the Asia Cup final. In the recently concluded T20I series against Australia, Bhuvneshwar played two matches and took one wicket. His economy was 13 RPO. Since he is a part of India’s 15-member T20 World Cup squad, Bhuvneshwar’s form is bound to increase the team management’s concerns.

Former India cricket Sanjay Manjrekar gave his take on Bhuvneshwar’s recent form. “With Bhuvneshwar Kumar, it’s never a very simple answer but you’ve got to give one of the simple answers and one of the main reasons why Bhuvi seems to be off the boil – is playing too much cricket. In the sense, that he’s played all the matches coming into this series as well,” Sanjay Manjrekar said on Sports 18.

“The Bhuvneshwar Kumar I have seen over the years, he’s not one of the strongest guys going around, he’s not somebody who takes a lot of workload, he plays one format and hardly any other. He’s somebody if you notice, barring injury, if he comes later a break to play in any tournament, he’s at his best in the first few games. So, I’m going to put down Bhuvneshwar Kumar’s current performance to just match fatigue. Harshal Patel has limitations as a seam bowler, but India must look as one of the third seaming options and must look at a couple of others as options and I keep stressing on Mohammed Shami as the other option.”

India start their T20 World Cup campaign with a match against Pakistan on October 23.