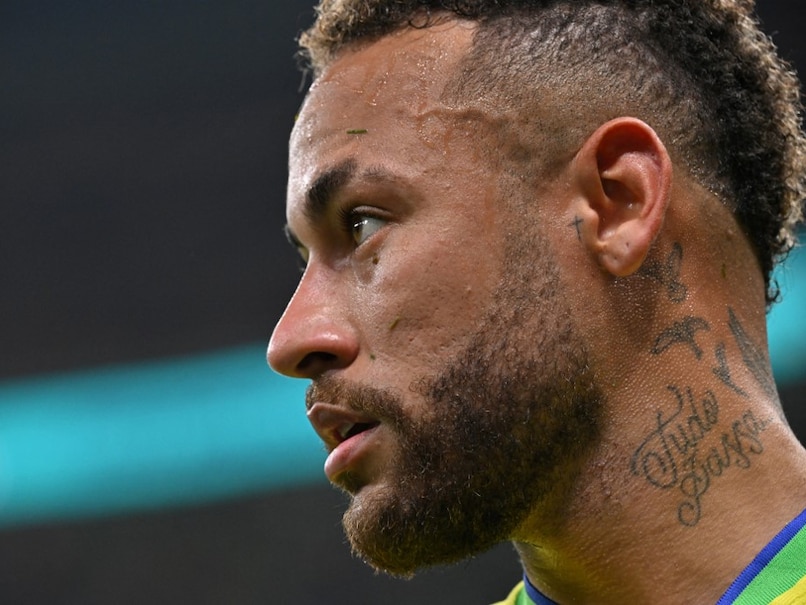 Neymar was seen with a swollen ankle after being substituted against Serbia.© AFP

Neymar will miss Brazil’s next World Cup game against Switzerland after he suffered ankle ligament damage in his team’s opening win against Serbia, the team doctor said on Friday.

The Paris Saint-Germain forward was seen with a swollen ankle after being substituted during the 2-0 victory against Serbia on Thursday.

“We will not have these two players for our next match but they continue their treatment with the aim of recovering in time for the rest of the competition,” the doctor said in a video released by the CBF.