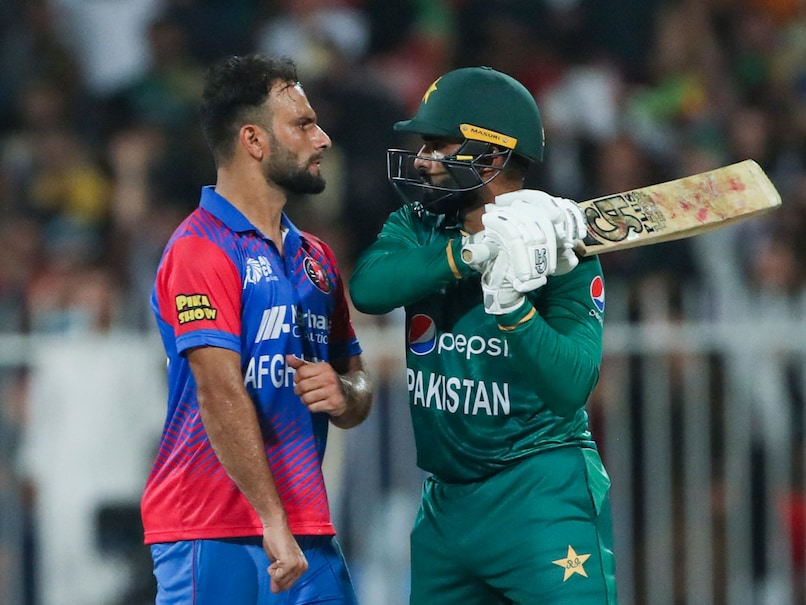 Pakistan qualified for the Asia Cup final after beating Afghanistan by one wicket in a thrilling game at the Sharjah Cricket Association Stadium on Wednesday. Chasing a target of 130, Pakistan needed 11 runs off the final over, with tail-enders Naseem Shah and Mohammad Hasnain in the middle. While it seemed that Afghanistan might edge out Pakistan, Naseem had other ideas. The pacer hit two sixes off the first two balls of Fazalhaq Farooqi, sending the Pakistan dressing room into a frenzy.

Before those two balls, drama ensued when in the fifth ball of 19th over, Pakistan lost the wicket of Asif Ali, who hit Fareed Ahmed Malik for a six in the previous ball. Not only did Fareed dismiss Asif, he went straight to confront the batter, and performed a fist pump to celebrate the wicket. However, Asif did not like Fareed’s actions, and he raised his bat, but then started walking away. Fareed also made a shoulder barge on Asif while the batter was walking back.

Luckily, other Afghanistan players intervened and separated the two players.

Pakistan’s win meant that India and Afghanistan are out of reckoning for the final to be played on Sunday as they are winless from two matches. With four points each, Pakistan and Sri Lanka qualified for the title clash.

Invited to bat, Afghanistan posted 129 for six with Ibrahim Zadran top-scoring with a 37-ball 35. Pakistan chased down the target with four balls to spare, reaching 131 for 9 in 19.2 overs.

Shadab Khan top-scored for Pakistan with 36 while Iftikhar Ahmed made 30. For Afghanistan, Fareed Ahmad and Fazalhaq Farooqi took three wickets apiece while Rashid Khan got two.