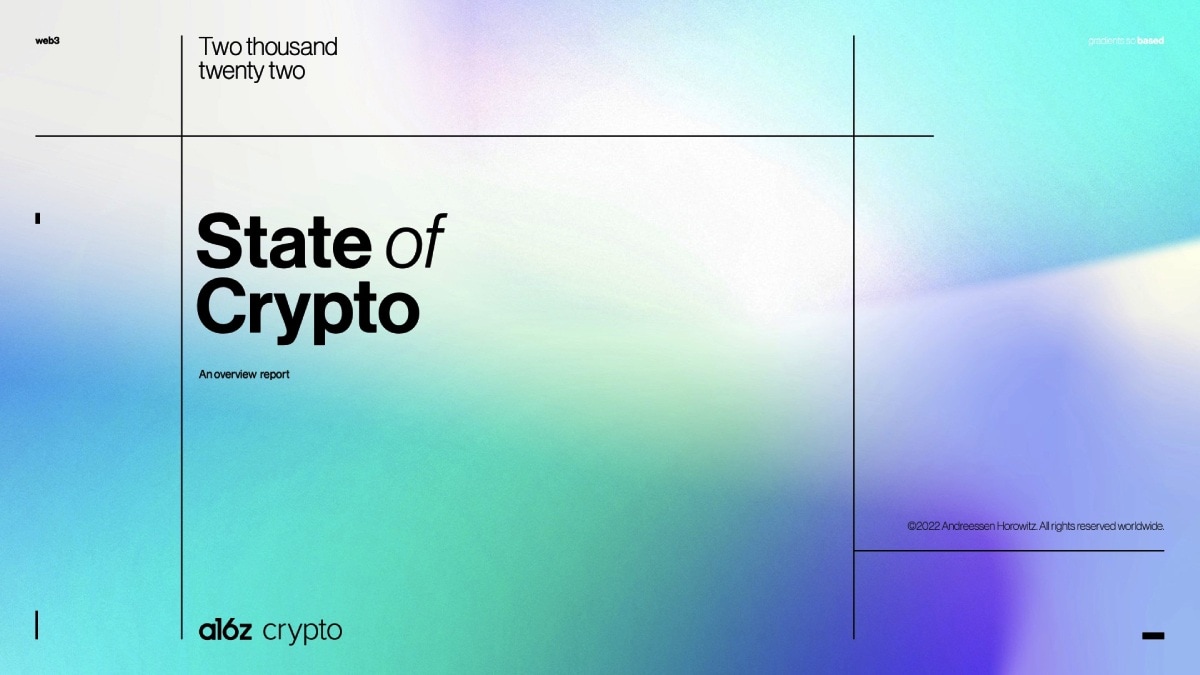 The cryptocurrency industry should be prepared for a ‘winter’ under the current market circumstances, Andreessen Horowitz (a16z) has said in a recent report. The venture capital firm, that has been supporting several Web3 projects, has advised crypto investors to be patient during these testing times on the belief that losses are often followed by profits in the long run. The report comes at a time when the crypto sector is still struggling to recover $1 trillion (roughly Rs. 77,55,210 crore) that it lost in the last six months.

The report released by Andreessen Horowitz is titled “State of Crypto”. While it largely reinstates hope around the revival of the crypto sector, it does acknowledge that the digital assets industry could still have some rough days ahead.

The report did however note that crypto community developers must continue working on their respective projects despite the current market slowdown, in order to ensure the return of digital assets values to normalcy.

“Markets are seasonal; crypto is no exception. Advances made by builders during dark days eventually re-trigger optimism when the dust settles. With the recent market downturn, we may be entering such a period now,” a16z said in its report.

The investment firm, founded in US back in 2009, has claimed that the sector of decentralised finance (DeFi) has grown from nearly zero to over $100 billion (roughly Rs. 7,75,570 crore) in less than two years.

Token exchange and lending protocols are the most popular DeFi use cases today, as per a16z’s findings.

As for the overall Web3 sector, the venture firm has said that the sector is still in its early days.

A 3D iteration of Internet as we know and use today, Web3 is largely based on blockchain technologies, that supports cryptocurrency, metaverse projects, NFTs, dApps, and decentralised autonomous organisations (DAOs) among other advanced tech elements.

“Web3 infrastructure will continue to improve, with the continued improvement. Expect many more creators to embrace NFTs in their own communities as they discover how much better they can monetise by selling digital goods directly to their fans. Expect many Web3 games to launch, developed by founders with backgrounds at top game studios,” Andreessen Horowitz’s takeaways highlighted.

In March, Yuga Labs, the creator of the most popular non-fungible token (NFT) project in existence, the Bored Ape Yacht Club (BAYC), claimed to have raised $450 million (roughly Rs. 3,430 crore) in a seed round led by Andreessen Horowitz.

Cryptocurrency is an unregulated digital currency, not a legal tender and subject to market risks. The information provided in the article is not intended to be and does not constitute financial advice, trading advice or any other advice or recommendation of any sort offered or endorsed by NDTV. NDTV shall not be responsible for any loss arising from any investment based on any perceived recommendation, forecast or any other information contained in the article.