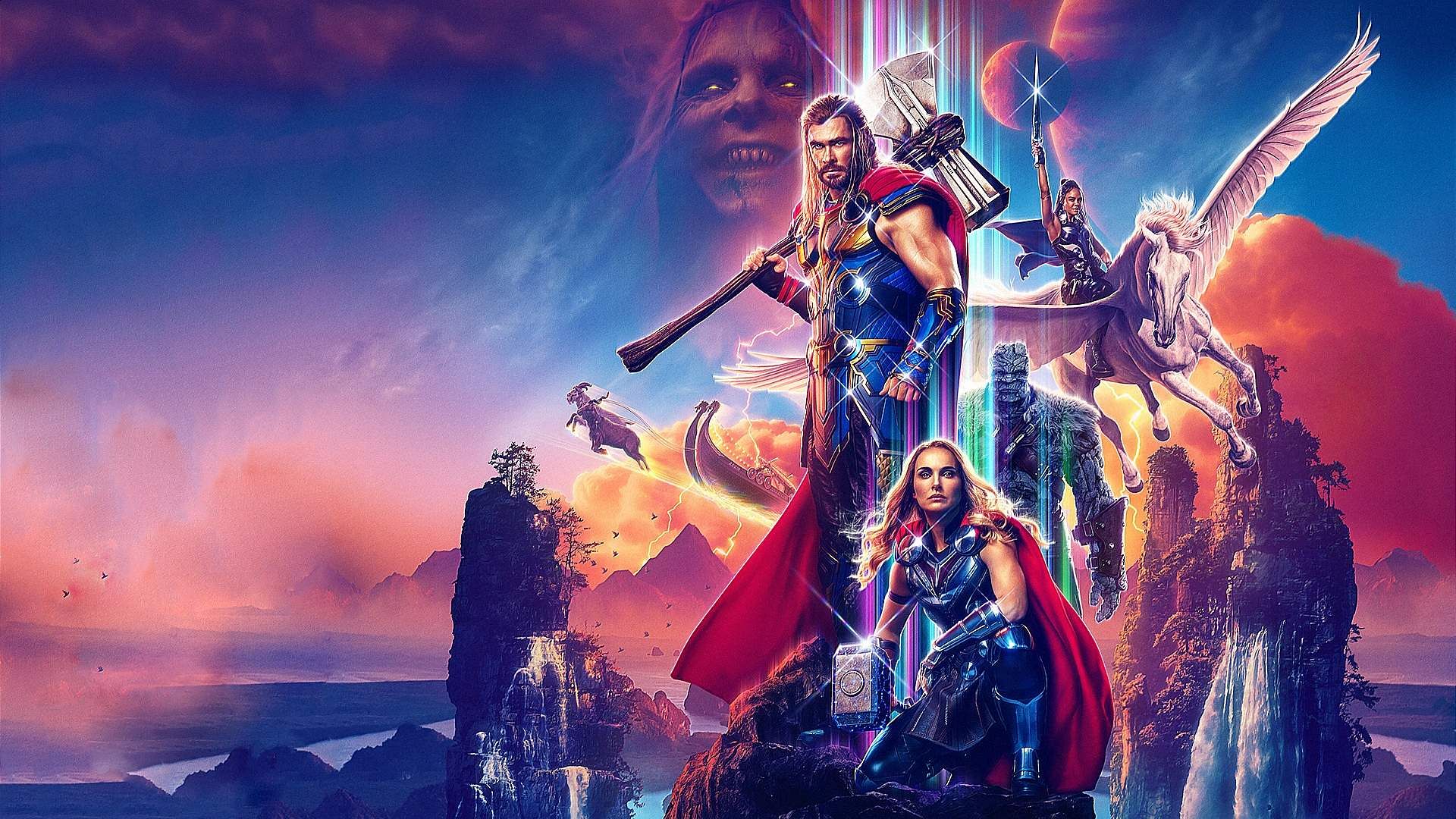 The first reactions to the latest MCU entrant Thor: Love and Thunder are out after its world premiere. Several Americna critics have taken to their Twitter handles to share their first impression of the Taika Waititi-directorial and going by the responses, the film delivered the spectacle, laughs and the thrills it had promised.

Here are some reactions:

Wow!! #ThorLoveandThunder is great! The best entry in Phase 4 behind Shang-Chi and No Way Home. I laughed. I cried. Then I laughed and cried some more, in that order. Natalie Portman is FINALLY given her due. Dr. Jane Foster is more than worthy of being the Mighty Thor. pic.twitter.com/oOop89P1uf

#ThorLoveAndThunder just cemented itself as one of my favorite MCU films. Bursting w/so much heart, emotion & sincerity, I teared up, I smiled from ear to ear. This film is a warm hug & plea to cherish the present, live in the moment do something that matters. I adore this film! pic.twitter.com/FYnwC2Gyqv

#ThorLoveAndThunder is electric! A wacky, high energy delight with a cast full of aces crushing one scene after the next. LOADS of laughs (my face legit hurts), menace of Christian Bale’s Gorr is chilling, but most of all loved that it’s a film brimming with good vibes & heart. pic.twitter.com/CjVHkxAprC

#ThorLoveAndThunder has very high highs & very low lows. It’s very Taika Waititi and is tonally all over the place. That said, the second half is way better than the first and I really loved what Christian Bale brought to the table. Also, Natalie Portman is fantastic as expected. pic.twitter.com/NCCsDS7bj2

Another classic Thor adventure! #ThorLoveAndThunder is everything I wanted it to be. Big, colorful, weird Guns N’ Roses-fueled battles to go w/ a hopelessly romantic story about discovering love in unexpected places. Christian Bale & Russell Crowe are especially great. And Korg! pic.twitter.com/fu0gTUuMRj

holy shit. #ThorLoveandThunder is the perfect blend of taika at his best with comedy and a punch to the gut all in one. i left this movie emotionally satisfied while also sobbing and just perfection. we stan a dad rock soundtrack. in the words of my new favorite characters: AHH pic.twitter.com/MytduVq89h

#ThorLoveAndThunder is absolutely electrifying. My favorite #Thor movie of the four.

Taika Waititi through and through. It’s mature, the soundtrack rocks, and there’s great surprises. So much fun.

Feels like the best of MCU Phase 1 and Phase 4 in one entry. Loved it. pic.twitter.com/3SO5yoy6j0

Natalie Portman as Jane Foster, aka #MightyThor, is just such a home run. Her whole story here is powerful and fulfilling.

#ThorLoveandThunder is an energetic rock n’ roll spectacle that blasts Taika Waititi’s personality all the way to 11. It’s hilarious, feels the love, and brings the so-called thunder often. A warm hug of dazzling Cosmic Marvel sights and goofball attitudes that kicks tons of ass. pic.twitter.com/UCTXcbXgGM

#ThorLoveAndThunder is a vivid and vibrant blast that delivers. Hemsworth’s Thor remains a jewel in Marvel’s crown. Bale’s Gorr is a killer boogeyman blending the campy and the creepy. Portman’s Foster and Thompson’s Valkyrie are a top notch pairing. Crowe’s Zeus is *chef’s kiss* pic.twitter.com/PDb5SZRWOo

#ThorLoveAndThunder is a wildly imaginative cosmic romantic comedy. It’s moves like a parent reading children’s bedtime story while hair metal plays in the background. #TaikaWaititi gets to the heart of the Thor’s identity crisis while giving #JaneFoster and #Gorr wonderful arcs. pic.twitter.com/n1vgg7ic7d

What a rush! Thor: Love & Thunder is pure entertainment. It’s fun, emotional, it has moments of horror. Christian Bale is perfectly terrifying as Gorr. Natalie Portman is fantastic as the Mighty Thor. Chris Hemsworth is perfect. And the goats are GOATS. #thor #ThorLoveAndThunder pic.twitter.com/u9QhIPh0G9

#ThorLoveAndThunder has absolutely stunning cinematography. The visuals are spectacular and there are countless shots that will end up as iconic images. @marvel_shots is going to FEAST on this film! #Marvel #Thor pic.twitter.com/haEJV7CaXM

So #ThorLoveAndThunder was wholesome, now I’m on my way back home to watch more wholesome superhero content… #Herogasm

#ThorLoveAndThunder is absolutely AMAZING. It blows every other Marvel movie out of the water, and doubles down on the Ragnarok charm. A classic @TaikaWaititi joint, so many laughs and tears, with a moving narrative and beautiful visuals. And those post credits? OH MY GOD. pic.twitter.com/41iuRXPf0O

THOR: LOVE & THUNDER is a TOTAL BLAST! Even BETTER than “RAGNAROK,” and one of the BEST MCU MOVIES! #ChrisHemsworth is a friggin’ ROCK STAR & #NataliePortman is a TOTAL BADASS! Director #TaikaWaititi has done it again! #ThorLoveAndThunder IS AWESOME! pic.twitter.com/JTEl6xB2xt

#ThorLoveAndThunder is everything great about comic book movies! Truly hilarious insanity, heart wrenching tragedy, and bombastic action! Visually stunning and one of the best MCU soundtracks. The entire cast is fantastic, but Christian Bale and Natalie Portman are phenomenal! pic.twitter.com/dVkpf54fmP

I had a blast with #ThorLoveAndThunder! You could tell they gave Taika Watiti full creative control, which pays off in many ways. This is definitely one of the funnier Marvel films. Visually it is also one of the best-looking MCU films we’ve gotten recently. pic.twitter.com/P0vvfuov1n

#ThorLoveAndThunder is predictably hilarious yet unexpectedly personal and heartfelt. Christian Bale and Natalie Portman’s performances truly shine while Waititi delivers an emotional story. I think this may be my favorite Thor movie. pic.twitter.com/i7BpmQHvQ1