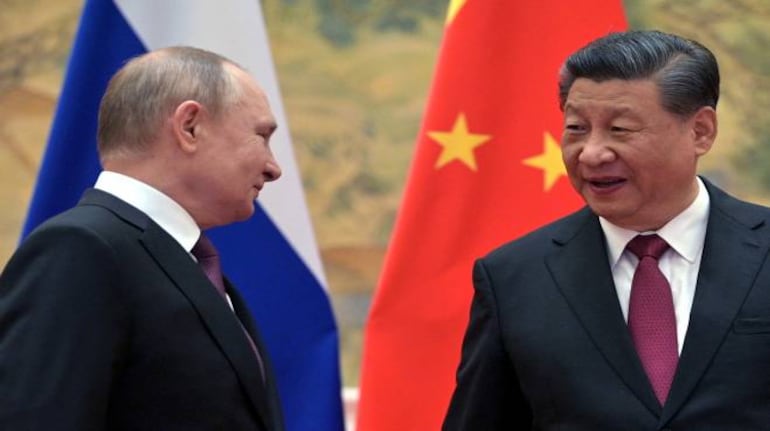 India is expected to push back against an anticipated effort by Chinese President Xi Jinping to use this year’s BRICS summit as a platform to highlight his efforts to build an alternative to the US-led global order, Indian officials with knowledge of the matter said.

Indian negotiators will look to ensure any joint statement out of the summit is neutral and prevent any attempts by China and Russia to use the summit to score a propaganda victory against the US and its allies, the officials said. Modi’s government will also seek to delay China’s effort to expand the BRICS grouping by pushing the organization to decide on criteria for adding new members, they said.

“BRICS has become a platform for discussing and deliberating on issues of common concern for all developing countries,” India’s Ministry of External Affairs said in a statement. The heads of state will discuss “intra-BRICS cooperation in areas such as counter-terrorism, trade, health, traditional medicine, environment,” combating the pandemic and reform of multilateral institutions among others.

The summit will offer Xi and Putin a vehicle to expand their vision of a global order after the two leaders declared a “no-limits friendship” just weeks before Russia invaded Ukraine. China has provided crucial diplomatic support for Russia, as it more broadly pushes back against US sanctions and seeks to redefine terms like democracy and human rights.

Xi will set the tone for the summit with a speech on Wednesday, a day before the leaders are set to gather. The Chinese leader will also host an online dialogue on Friday that will include leaders from BRICS countries and some from other emerging markets, the Foreign Ministry in Beijing said last week.

Brazil, Russia, India and China formed the bloc in 2009, and South Africa joined in 2010. This week’s summit will be held in virtual format under the theme of “Foster High-Quality BRICS Partnership, Usher in a New Era for Global Development.”