The test was conducted at the Integrated Test Range (ITR) in Odisha’s Balasore. 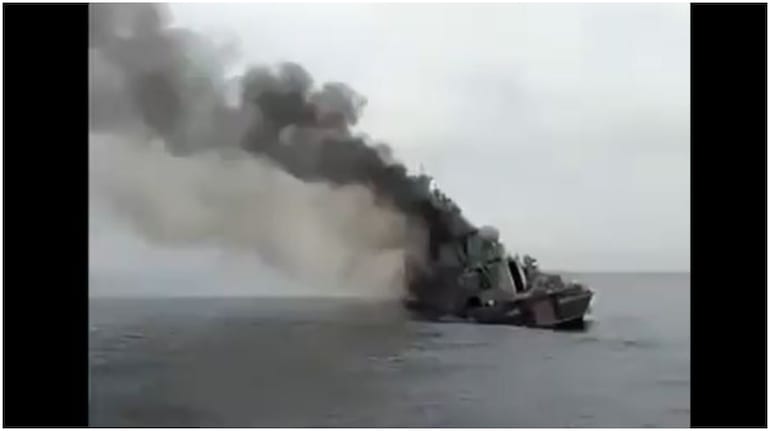 The Indian Navy on Wednesday successfully carried out the maiden test firing of the first indigenously developed naval anti-ship missile from a Seaking helicopter, officials said. The test was conducted at the Integrated Test Range (ITR) in Odisha’s Balasore.

“This firing is a significant step towards achieving self-reliance in niche missile technology and reaffirms the Indian Navy’s commitment to indigenisation,” said a senior Navy official. The Indian Navy carried out the test in association with the Defence Research and Development Organisation (DRDO).

On Twitter, the Indian Navy released a brief video of the Seaking 42B helicopter firing the missile. The test-firing of the new missile came over a month after an anti-ship version of the BrahMos supersonic cruise missile was successfully test-fired jointly by the Indian Navy and the Andaman and Nicobar Command.

The ships — INS Surat and INS Udaygiri — were launched at the Mazagon Docks Limited (MDL) in Mumbai. INS Surat is the fourth guided-missile destroyer of the P15B class, while INS Udaygiri is the second stealth frigate of the P17A class.