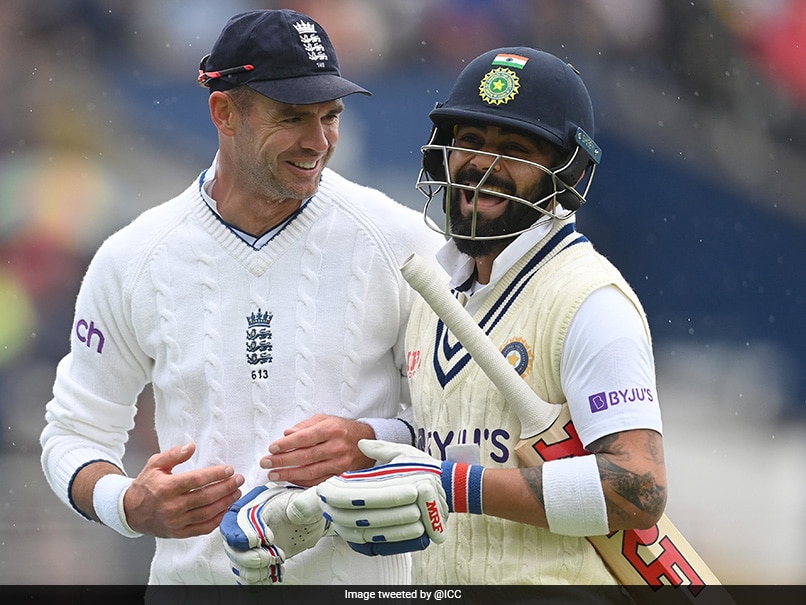 As the rescheduled fifth Test between India and England began on Friday, it also marked the latest chapter in the long-standing rivalry between Virat Kohli and James Anderson. Both are considered among the best in the world in their respective disciplines and when they come up against each other, it always leads to an enthralling battle. So it’s no surprise that when the International Cricket Council (ICC) shared a picture of the two sharing a laugh, it set Twitter alight.

ICC shared the picture of the two from Edgbaston and asked fans to caption it.

There were some epic replies, with a lot of users taking the opportunity to make light of India’s captaincy situation, with Jasprit Bumrah the latest among a host of players to lead the team across formats since Kohli stepped down from T20I and Test captaincy, and was removed from the post in ODIs.

Most of the replies had Anderson asking Kohli about India’s captains and Kohli laughing in response.

Jimmy : how many captains for india in the new era?
Kohli : pic.twitter.com/SAH3AnOXkf

There were also replies praising the two stars.

While Anderson had Kohli’s number when India toured England in 2014, the former India skipper dominated at home in 2016 and then in England in 2018.

Before the Edgbaston Test, Kohli had faced 681 balls against Anderson in the longest format and scored 297 runs against the fast bowler, who has dismissed him seven times.

At Edgbaston, Anderson was again at his wily best, as he got Indian openers Shubman Gill and Cheteshwar Pujara caught at slips with two brilliant deliveries on a pitch offering little movement on Day 1.

India were 53/2 when rain interrupted play.