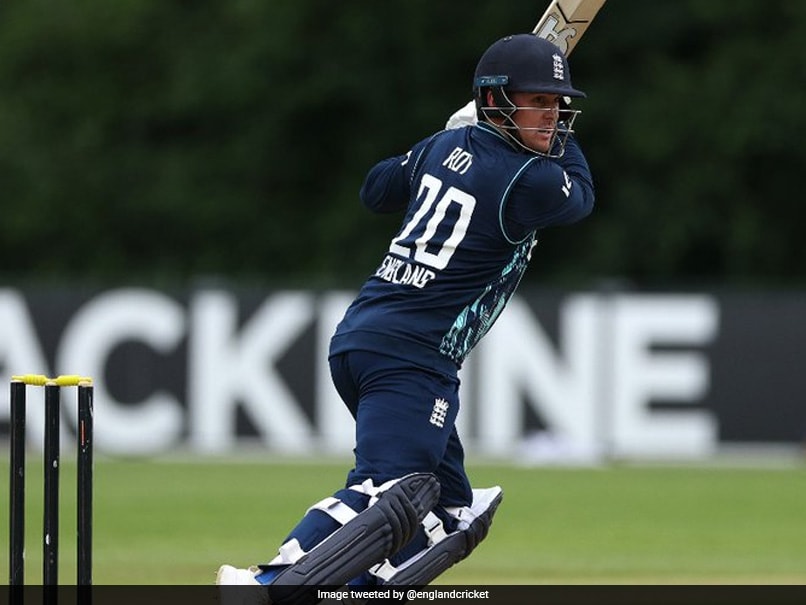 England opening batter Jason Roy said the victory over Netherlands in the three-match ODI series was a “great benchmark” but his team should be prepared for the upcoming Test match against India. An unbeaten ton by Jason Roy and an unbeaten knock of 86 runs by Buttler helped England chase the target of 245 runs in just 30.1 overs and at a loss of only two wickets, at the VRA Cricket Ground, Amstelveen. With this win, England white-washed the three-match ODI series with a lead of 3-0.

England will be squaring off against India for the fifth and final Test on July 1. This Test was earlier postponed due to COVID-19 in 2021.

“Very chuffed to finish off on a high, send off the travelling fans well. We pride ourselves on playing well, the bowlers have been brilliant. It’s a great benchmark but we have big tests coming up in the summer,” said Jason Roy in a post-match presentation.

“Every new player looked like they’ve played 50 games, they’ve enjoyed the atmosphere. The future is bright. Netherlands is a great place to travel to, we should make a habit of it,” he added.

Chasing 245, England made a great start as they smashed 81 runs in just 9 overs, with Roy and Philip Salt playing great knocks. It was in the 10th over, when Logan van Meekeren sent the latter back to the dugout after scoring 49 runs. It was followed by Dawid Malan‘s dismissal in the same over.

Facing two blows back-to-back, England brought Jos Buttler to the crease and along with Roy, the batter made a mockery of the Netherlands bowling line-up.

Roy smashed 101* runs in 86 balls while Buttler scored 86* off 64 balls to chase down the huge-looking target of 245 runs in a mere 30.1 overs and claimed victory by 8 wickets and also clinched the three-match ODI series.