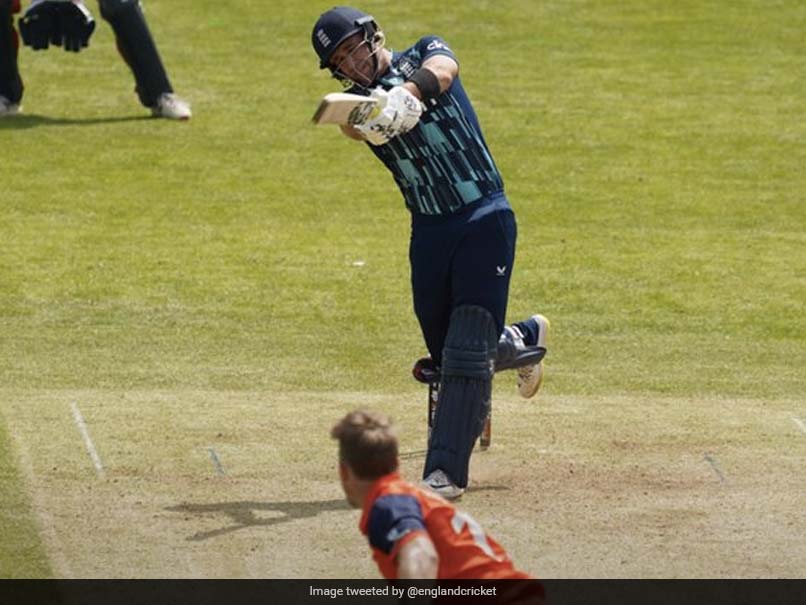 Liam Livingstone in action against Netherlands

Liam Livingstone continues to daunt the bowlers with his batting supremacy. The right-handed batter on Friday equalled the record of second-fastest ODI fifty on Friday. He achieved the milestone during his side’s ongoing first ODI of the three-match series against Netherlands in Amstelveen. By getting to his half-century in only 17 balls, Livingstone joined the likes of Kusal Perera, Sanath Jayasuriya and Martin Guptill on the elite list. Meanwhile, he missed the world record of AB de Villiers, who had scored the fastest ODI fifty, by just one ball.

Livingstone scored 66 not out off 22 balls in the run-fest that saw England posting a mammoth total of 498/4 batting first against Netherlands. This is the world record for the highest team total. England bettered its own record of 481/6, which was set against Australia in 2018.

Livingstone’s innings included six fours and as many sixes.

Talking about the game, Netherlands captain Pieter Seelaar won the toss and invited guests England to bat first. The hosts had a short moment of joy when they got the wicket of Jason Roy early, thus reducing the Three Lions to 1/1. However, what followed was absolute carnage from the England batters as Philip Salt and Dawid Malan added 222 runs for the second wicket to keep Netherlands at bay.

While Salt departed on 122 off 93 balls, Malan scored 125 off 109 balls. Jos Buttler further increased the problem for Netherlands with his 162 not out off 70, while Livingstone not only tormented the bowlers but also used the opportunity to get his name scripted in the history books.