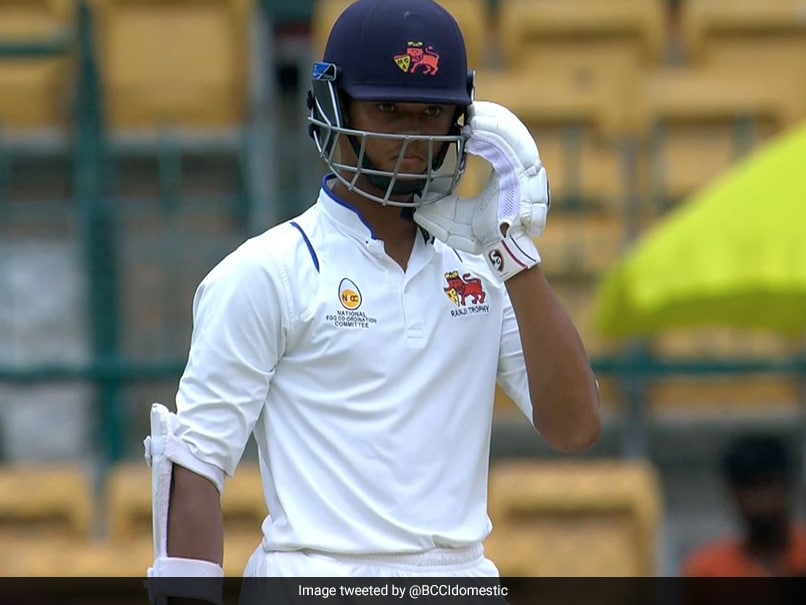 Ranji Trophy Final, MP vs MUM, Live Updates: Mumbai were four wickets down against Madhya Pradesh on Day 1 of the ongoing Ranji Trophy final in Bengaluru. After a dominant display in the first session, Mumbai have been pegged by MP in the second session with three wickets before Tea was called. Prithvi Shaw and Yashasvi Jaiswal had given Mumbai a strong start before the former was dismissed on 47. Jaiswal too missed out on back-to-back centuries in the competition after he was dismissed on 78 by Anubhav Agarwal. Armaan Jaffer and Suved Parkar failed to impress as they were dismissed for cheap by Kumar Kartikeya and Saransh Jain, respectively. Earlier, Mumbai had won the toss and elected to bat. Mumbai are eyeing their record-extending 42 Ranji title, while Madhya Pradesh are yet to win a title, having lost the final back in the 1998-99 season. MP reached the final after thrashing Bengal in the semi finals, while Mumbai’s game against Uttar Pradesh had ended in a draw. Mumbai, however, made it to the final by virtue of first innings lead. (LIVE SCORECARD)