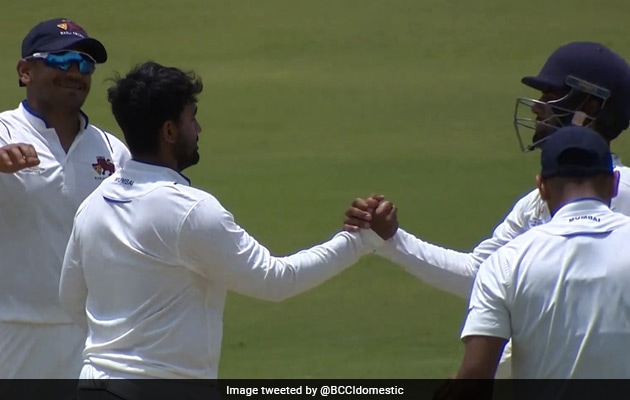 Record champions Mumbai, who are back to their ruthless best, face a high on confidence Uttar Pradesh in what promises to be an intriguing semifinal of the Ranji Trophy, beginning here on Tuesday. The in-form Mumbai batters will be up against a varied UP attack, which will be bolstered by the addition of pacer Mohsin Khan. The 41-time Ranji champions made it to the last four with a world record 725-run hammering of Uttarakhand and will aim to carry the momentum into the game. UP decimated Karnataka by five wickets. Mumbai will once again rely on their batters to set the tone. All eyes would be on Prithvi Shaw, who will have to be at his best against Mohsin and Co.

The two other big impact players are Yashasvi Jaiswal and an in-form Sarfaraz Khan who would be oozing with confidence after their hundreds in the last game.

Sarfaraz has pummelled opposition attacks into submission at will. And thus it will indeed be a challenge for the UP bowling unit to stop him.

Debutant Suved Parkar, who scored a double hundred, will look to add runs in his kitty while Armaan Jaffer would also be eyeing a bigger knock.

Mumbai will however, be forced to make a change as wicket-keeper Aditya Tare has been ruled out due to an injury and Hardik Tamore could make the playing XI.

But this time they would be facing the likes of left-arm pacer Yash Dayal, Ankit Rajpoot and tweaker Saurabh Kumar, who can spin a web around the opposition.

Kumar, who picked up seven wickets in the quarter-final, could well be the go-to man for skipper Karan Sharma.

Mumbai are unlikely to tinker with their bowling combination. And left-arm spinner Shams Mulani, who has been taking fifers at will, will look to recreate his magic.

Add to it the experience of Dhawal Kulkarni, Mohit Awasthi, Tushar Deshpande and young off-spinner Tanush Kotian, Mumbai have the necessary fire-power to get the better of the UP batters.

UP also have a relatively inexperienced batting line-up and are reliant on one or two batters. Their top-order would need to fire in unison and skipper Sharma will have to lead from the front.

Two other batters who can make an impact are Priyam Garg and Rinku Singh.

But the others like Aryan Juval, Samarth Singh, Dhruv Jorel would need to stand up and take greater responsibility. While Mumbai would be keen to get a step closer to their 42nd title, UP have the wherewithal to pull off a major upset.