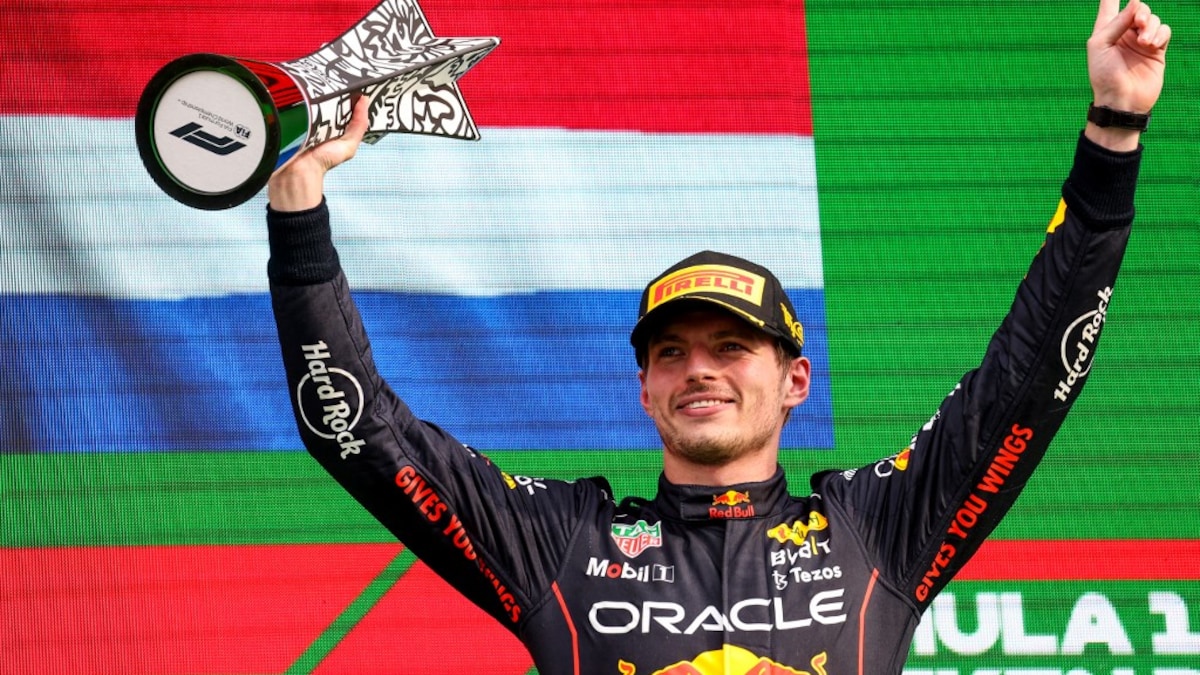 Red Bull’s dominant Max Verstappen can clinch a second world championship when the Singapore Grand Prix returns this weekend after a three-year absence because of Covid. The flying Dutchman has a mathematical chance to seal back-to-back world titles under lights around the spectacular and demanding Marina Bay street circuit. To do so, the 24-year-old must win the race — something he has never done in Singapore — and needs his closest rivals to falter badly.

If that does not happen, the championship fight will move on to the Japanese Grand Prix a week later. It looks a case of when, not if. “You need a bit of luck for that as well, I don’t think about it,” Verstappen told Sky Sports of retaining his crown in Singapore.

Verstappen opened up a 116-point lead in the drivers’ standings over Ferrari’s Charles Leclerc following his victory at the Italian Grand Prix. He is 125 clear of third-placed Red Bull teammate Sergio Perez.

He needs to extend his lead to 138 points by Sunday’s chequered flag to be crowned with five races to spare — the earliest championship win since Michael Schumacher’s in 2002 with six GPs remaining.

Monza was Verstappen’s 11th victory in 16 races of a potentially record-breaking season.

He needs two more wins to equal the single-season mark of 13 jointly held by Schumacher (2004) and Sebastian Vettel (2013).

“I want to go to Singapore and try to win that race as well,” Verstappen said.

“We are having a great season, so we should really try and appreciate it and enjoy the moment.”

To take the title this weekend, he must win the race with Leclerc finishing no higher than eighth or ninth — depending on who claims the extra point for the fastest lap — and Perez outside the podium places.

Much will depend on Saturday night’s qualifying for a grand prix that has been won from pole position seven times in its last 11 runnings.

The night race around the tight street track affords precious few overtaking opportunities and the stifling heat and humidity provide a test of stamina and reliability as much as driving ability.

Singapore’s climate always carries a threat of rain-induced chaos, as happened in 2017, when Vettel and Verstappen started on the front row only to crash out before the first bend.

Mercedes chase Ferrari
Red Bull also look sure to wrap up the constructors’ championship — although they won’t do so in Singapore — but the race for second is still alive with Mercedes banking on a late-season revival to overtake early front-runners Ferrari.

The consistent George Russell is still in mathematical contention for the drivers’ crown in his first Mercedes season, though a Verstappen victory would end his hopes.

But the Silver Arrows are pushing hard and are 35 points behind Ferrari, who have suffered from a combination of reliability issues and strategic blunders.

Seven-time world champion Lewis Hamilton has won four times in Singapore, but Russell was cautious about the pair’s chances of ending the team’s 2022 win drought.

“Singapore could be interesting,” said Russell.

“But historically it’s a circuit where Mercedes have struggled a little bit.”

Ferrari were buoyed by Leclerc’s second place at their home race at Monza two weeks ago and can attack Singapore with more confidence.

“I think we made a step ahead,” said team principal Mattia Binotto.

Carlos Sainz cut through the field to finish fourth for Ferrari in Italy, with his charge for a podium place scuppered only by a late safety car.

“It’s clear as well if you look at the other cars behind us, we made a step ahead,” said Binotto.

This will be Singapore’s first grand prix since the pandemic and signs are that the city-state is relishing having racing back.

Authorities have not released exact numbers, but ticket sales have already exceeded 2019, they say.