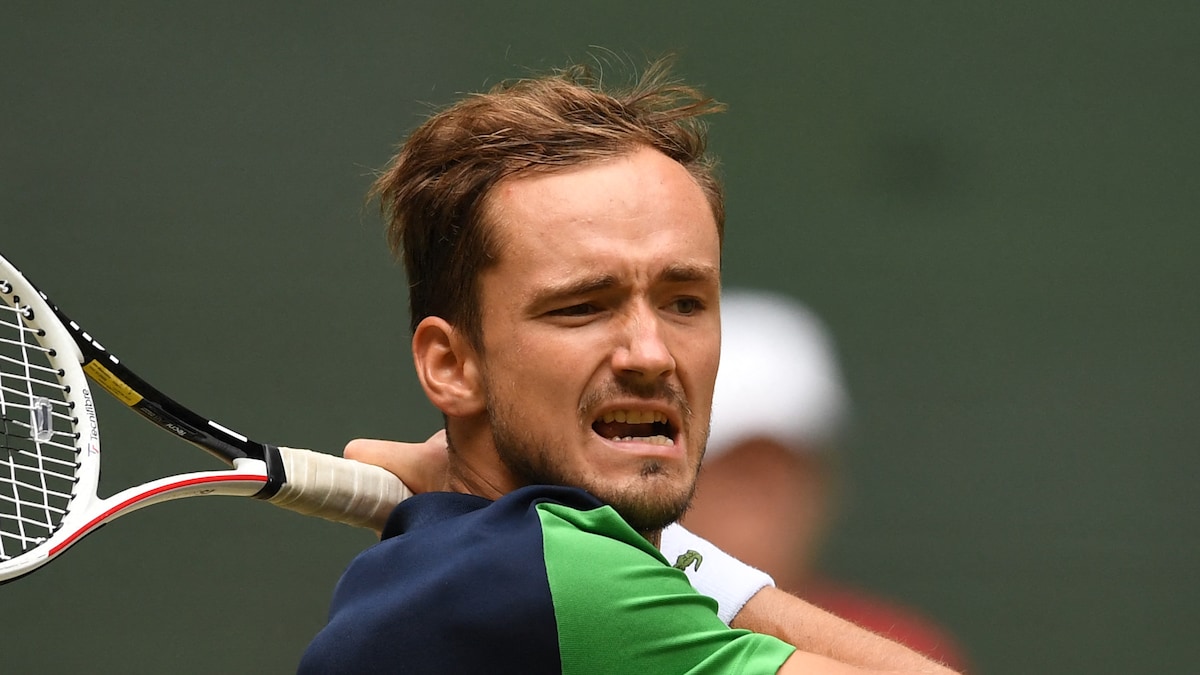 World number one Daniil Medvedev said Monday he will carry on as usual at this week’s ATP Montreal Masters despite the absence of his major rivals. The weekend champion at Los Cabos flew to French-speaking Canada to defend his title from last August. But the top seed will not have to face Novak Djokovic due to the Serb’s refusal to take the Covid-19 vaccination.

And Rafael Nadal dropped out before the start as his abdominal injury from Wimbledon flared up during training in Spain.

Roger Federer’s presence has never even figured in the calculation as the Swiss, who turned 41 on Monday, puts finishing touches on his knee surgery recovery.

For Medvedev, it will just be business as usual on court.

“If the Big Three are in the tournament, they are the favourites straightaway,” he said.

“They win a lot of tournaments — almost every tournament they play — so there is no surprise when we make them favourites.

“For me, it doesn’t change much if they’re here or not — my goal is to win the tournament. No matter who I play, I just want to win the match.”

The Russian does not automatically fancy his chances when it comes to facing the game’s trio of household names.

“It’s a special sensation, brings you a lot of confidence. It’s just a good feeling.”

Medvedev earned his first title of the season in Mexico on Sunday as he defeated Britain’s Cameron Norrie 7-5, 6-0.

He begins in Montreal in the second round after a bye against the winner from weekend Washington champion Nick Kyrgios and Argentine Sebastian Baez.

The world number 44 set up a repeat match from last week in Washington as he again faces Polish eighth seed Hubert Hurkacz.

Defeating Wawrinka in a first-time meeting produced a thrill for the Nordic youngster, who finished with 20 winners.

“I’d rate this win very high,” he said. “I grew up watching Stan play. He’s still bringing it. I have huge respect, he’s a tough competitor.

“I enjoyed this match. It was a dream come true for sure.

“I was able to pick up my serve in the third set and that made the difference, you don’t want Stan becoming the aggressor.”

The Finn said that facing Hurkacz twice in two weeks will be a tough ask.

“I had a good match last week, it was not the best one for him,” he said. “But I know he will come in hot after losing. I need to bring my absolute best tennis to beat him.”