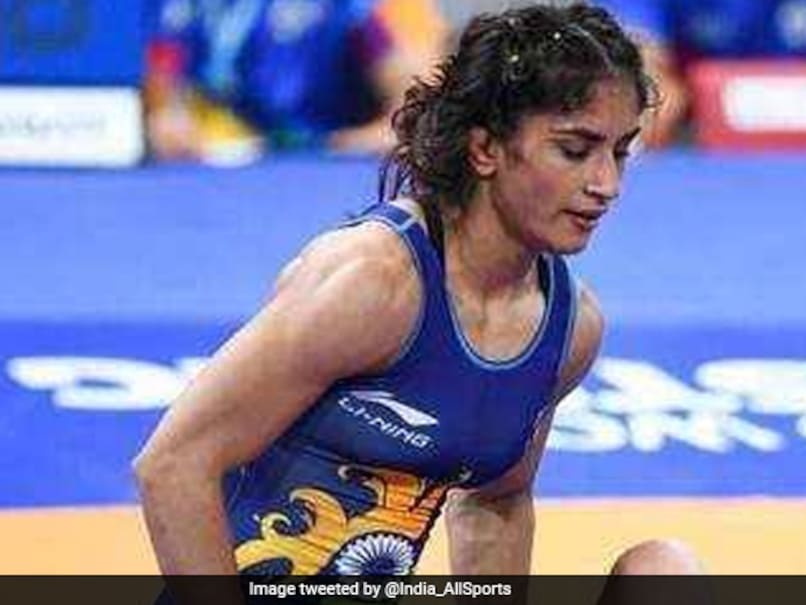 Indian grappler Vinesh Phogat won the gold medal in the Women’s Freestyle 53 kg Nordic category in the ongoing Commonwealth Games 2022. She defeated Chamodya Keshani Maduravalage Don of Sri Lanka at the Coventry Arena Wrestling Mat B on Saturday. Phogat won the gold medal match by 4-0 via Victory by fall. She took two minutes and 24 seconds to win India’s second gold of the day at the CWG.

Phogat was in good form in this match. In the final three minutes, she managed to hold her ground and kept her opponent at bay to walk away with the gold medal. The Sri Lankan wrestler was no match for the Indian.

Phogat’s match lasted for just 36 seconds. She won the match via fall by 2-0. Stewart could not even manage a minute’s worth of in-mat time as she was toppled by the Indian quickly.

Earlier in the day, Indian grappler Pooja Gehlot won the bronze medal in the Women’s Freestyle 50 kg category. She defeated Christine Lemofack Letchidjio of Scotland at the Coventry Arena Wrestling Mat B on Saturday.

On the other hand, Ravi Kumar Dahiya won the gold medal in the Men’s Freestyle 57kg category in the ongoing Commonwealth Games 2022.

He defeated Ebikewenimo Welson of Nigeria at the Coventry Arena Wrestling Mat B on Saturday. Dahiya won India’s tenth gold medal at the CWG 2022.