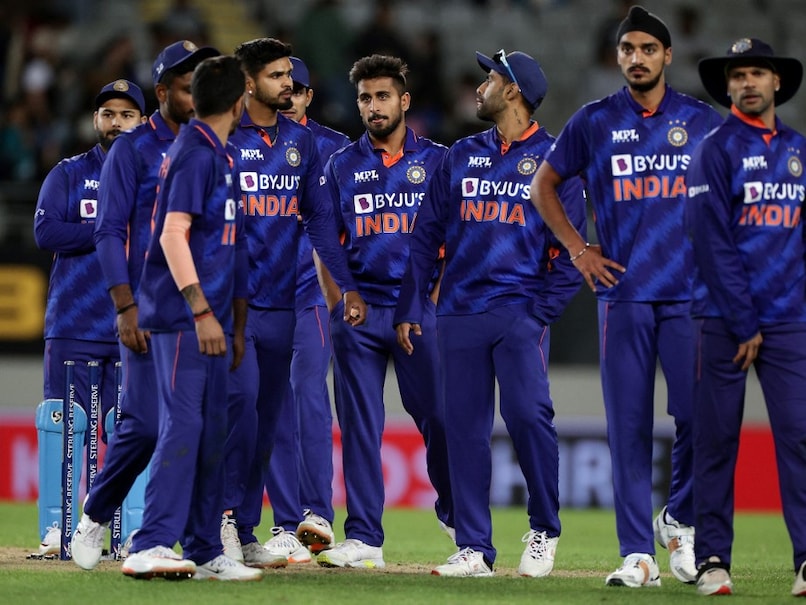 India are at the top with 129 points from 19 matches, followed by England.© AFP

The win gave New Zealand 10 CWCSL points. At the 20-over mark in the chase, it did not look like New Zealand would pull off the chase. The Black Caps were on the backfoot after losing three wickets for 88.

Thereafter, the game was totally dominated by New Zealand with Latham leading the charge with a fiery 104-ball 145 not out -– his highest score in ODIs.

Williamson was happy to play second fiddle with a patient 98-ball 94 not out.

The fourth-wicket stand worth unbeaten 221 runs helped New Zealand pull off their second-highest chase against India in ODIs.

Each team earns 10 points for a win, five for a tie/no result/abandoned match, and zero for a loss.

The top eight teams will get a direct entry to the ICC Men’s Cricket World Cup 2023 to be held in India.

The remaining teams will have to play in the ICC Men’s Cricket World Cup Qualifier along with five Associate teams.

Two teams from the qualifying tournament will then progress to the World Cup. India automatically qualified as being tournament hosts.