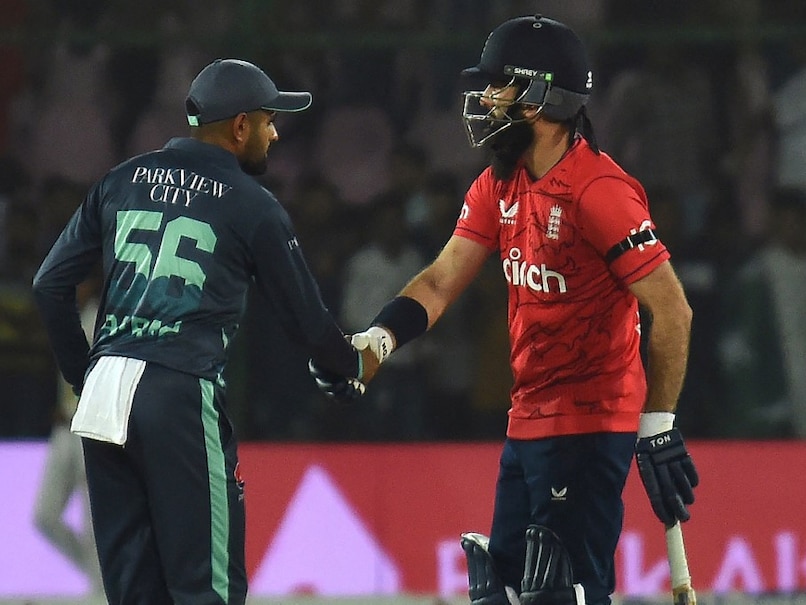 PAK vs ENG Live: Pakistan and England face off in the 3rd T20I today.© AFP

Pakistan vs England, 3rd T20I Live Updates: Ben Duckett is on the charge for England, ensuring they are scoring at close to 10 RPO against Pakistan in the 3rd T20I in Karachi. Earlier, Usman Qadir struck twice to hamper England’s momentum after Mohammad Hasnain’s early wicket of Phil Salt. Qadir removed the dangerous Dawid Malan and then debutant Will Jacks, who hit 40 off 22 deliveries. But Duckett and Harry Brook have continued to attack the Pakistan bowlers. With the series level at 1-1, both teams will look to edge ahead in the seven-match contest. The match is being played a day after Pakistan chased down a 200-run target without losing a wicket. Babar Azam scored his second T20I century, while Mohammad Rizwan also played a stunning knock, as the two registered the highest ever T20I partnership in a chase. England had won the first match thanks to Luke Wood’s four-wicket haul and a half-century from international comeback man Alex Hales. (LIVE SCORECARD)