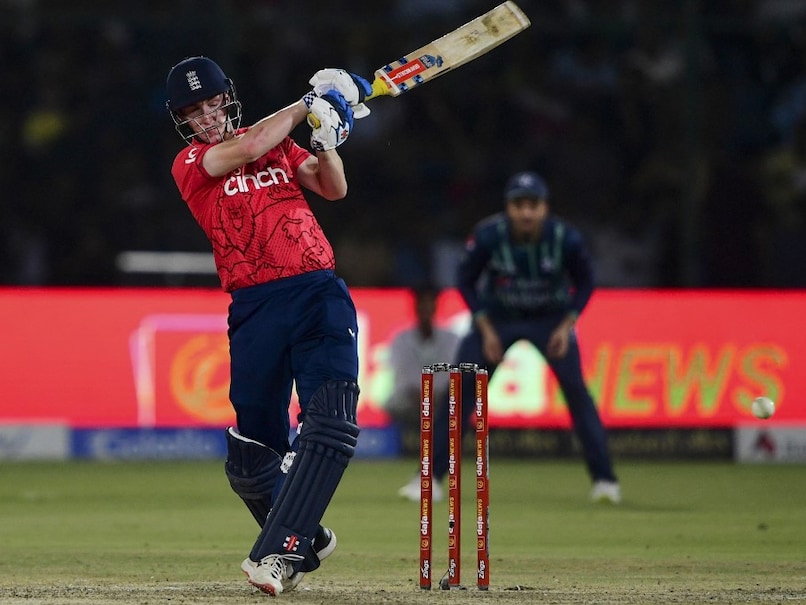 Pakistan vs England, 3rd T20I Live Updates: Harry Brook and Ben Duckett punished the Pakistan bowling attack as they took England to a mammoth total of 221/3 in the third T20I in Karachi. Brook hit a career-best 81*, while Duckett hit his highest ever T20I score as well, finishing unbeaten on 69. After Mohammad Hasnain gave Pakistan a good start by dismissing Phil Salt early, debutant Will Jacks set the tempo, smashing 40 off 22 deliveries. Usman Qadir dismissed Dawid Malan and then Jacks, but Brook and Duckett ensured there was no more joy for Pakistan with the ball. The match is being played a day after Pakistan chased down a 200-run target without losing a wicket, so it is too early to rule out the hosts yet. Babar Azam had scored his second T20I century on Thursday, while Mohammad Rizwan also played a stunning knock, as the two registered the highest ever T20I partnership in a chase. England had won the first match thanks to Luke Wood’s four-wicket haul and a half-century from international comeback man Alex Hales, and the series is currently tied at 1-1. (LIVE SCORECARD)