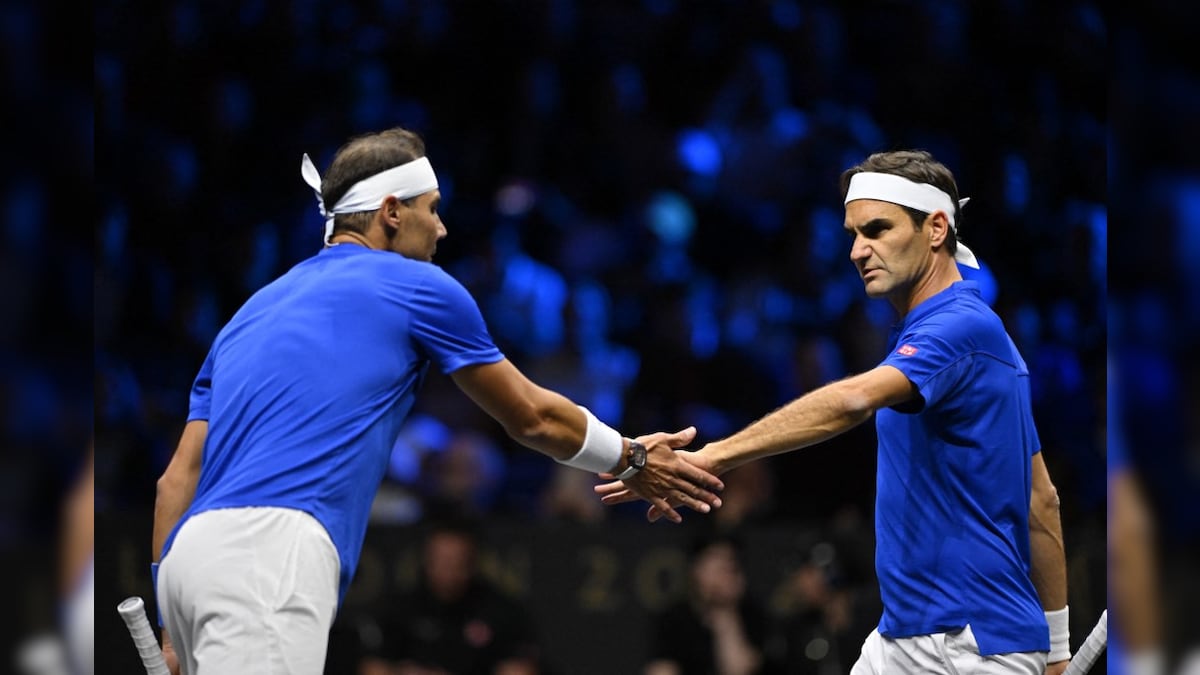 Laver Cup 2022 Live Updates: Tennis legend Roger Federer final professional match got underway as he teamed up with Rafael Nadal for Team Europe to take on Team World’s Jack Sock and Frances Tiafoe in a doubles match in the Laver Cup. Nadal and Federer took the first set 6-4 after breaking Tiafoe’s serve in the 10th game. Tiafoe-Sock broke Nadal-Federer early in the second set, but the dynamic duo broke back to level proceedings. Federer had last week announced the Laver Cup would be his final professional tournament. The 20-time Grand Slam champion, dogged by a knee injury, has not played since the 2021 Wimbledon quarter-finals and last week announced his retirement at the age of 41. The Swiss great has enjoyed a storied rivalry with the Spaniard over nearly two decades and together they have won 42 Grand Slam singles titles in a golden era for the men’s game. The pair played 40 times, including in nine Grand Slam finals, with Nadal holding a 24-16 winning record, but this time they will be on the same side of the net in the Ryder Cup-style event. The six-strong Team Europe also includes Novak Djokovic and Andy Murray — the other two members of the so-called “Big Four” — in a fitting climax to Federer’s career.

The American pair takes the second set after tie break. Match to be decided in tiebreak.

Sock holds his serve as he and Tiafoe save a break point to level things. Off to the tiebreak.

Nadal and Federer save seven break points to take a 6-5 lead in the second set. Sock to serve next as Team Europe looks to stay in the match.

Team World are not done yet. Tiafoe holds his serve as Sock hammers this smash.

Federer holds his serve. This might be the last time he serves in his professional career. Tiafoe to serve and keep his team alive in the match.